How to get Basil

The best way to enter in Basil is by train:

Another easy way to get Basil is by air from the EuroAirport which is located in France but belongs to Switzerland since there was an agreement during the Second World War between the two countries.
As there isn’t any border control in the area is easiest and faster to get the Basil city center. 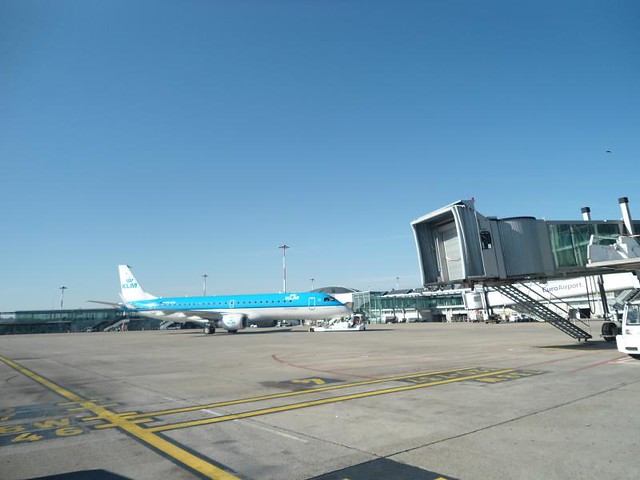 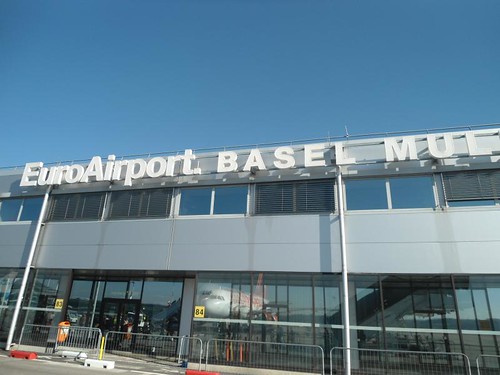 To move around the city of Basel there are several types of transports:

1. Trams: Basel currently has 13 modern and old tram lines so is one of the best transport to move within the city.

2. Bus: They are very modern and an electronic voice indicates which is the next stop.

3. Bicycle : The city has several rental bike stations and the most important are located in the main central station.

You can check other hire points in the following website: https://www.rentabike.ch/en/stations 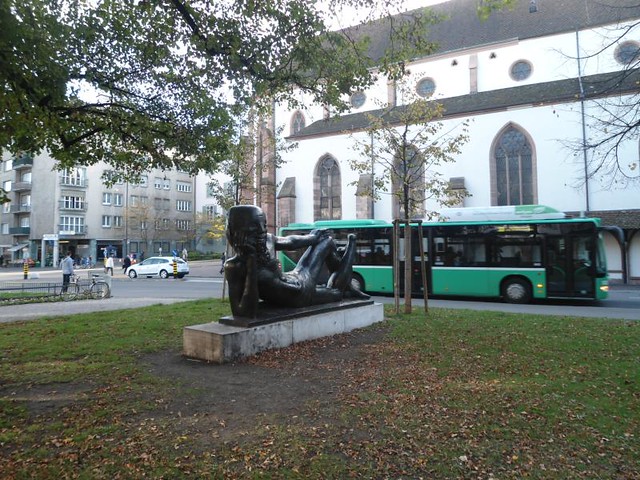 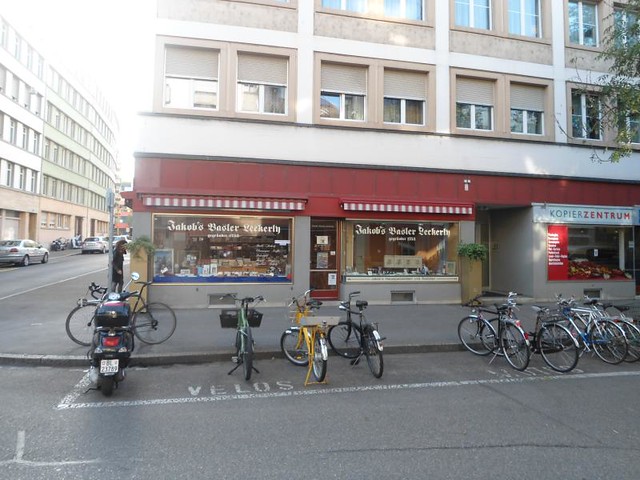 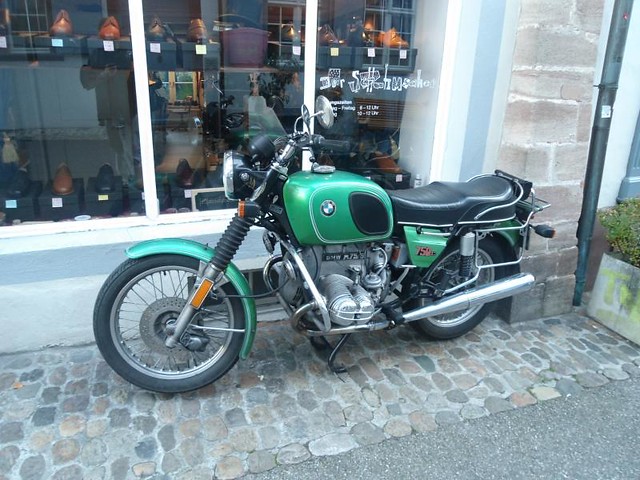 Whether you get to the city by train or by plane, if you do not want to spend the 3 euros that a tram or bus ticket costs, the best way is to show our hotel reservation to the driver and let us pass for free.

In my case, as I arrived by plane, I left the airport with bus 50 which the ride took about 30 minutes and left me at the gate of Basel SBB central station.
In case you get directly to a train station you can do the same procedure using the tram. Once arrived at your accommodation in Basel the receptionists must provide you a card called Mobility Ticket free of charge and that will be valid for the duration of our stay in the city. This information is also indicated on the back of the card.

How to get the neighbourhood countries

As I mentioned before, with the Mobility Ticket you can cross the border between Switzerland and France for free. Although Switzerland is not part of the European Union, access to the country is not controlled, so it would not be necessary to get off the bus or present any documentation when arriving at the airport or the city. 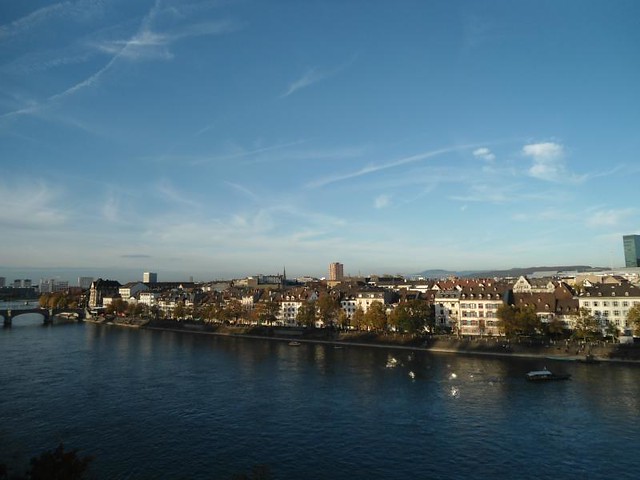 Another way to get to France is by tram with the line number 10. In this case the destination is in the south, in a town called Leymen. The trip is quite long, so the best advice is take this trip if you have plenty of time for visiting the city.

With the tram you can also get the German’s border, although it does not cross it. The border is located only a few steps away and you can use the tram line 8 and getting off at the Kleinhuningen station.
Same if you want to go to the city of San Luis in France, in this case the line is 11 and finishes at the St. Louis Grenze station. 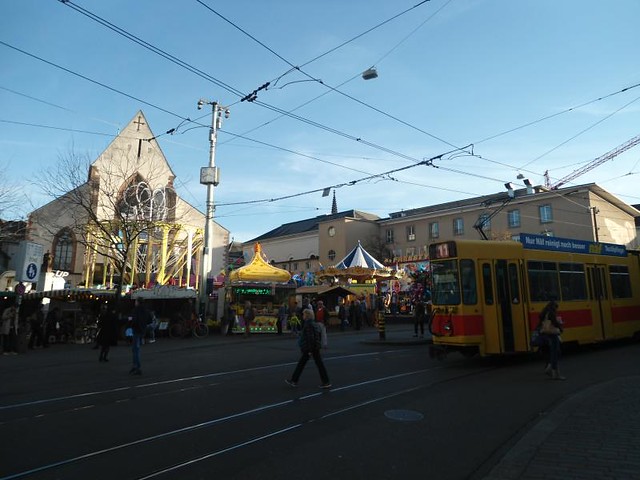 Tram 11 to get the border between France and Switzerland

As Switzerland shares the border between France and Germany there is a point where the borders of these three countries meet, this point is located in north of the city of Basel in the way of the port area that although it is not very pleasant to travel, it is not insecure and is very easy to access by tram line 8 to the station Kleinhuningen and from there as well there is a walk of about 10 minutes to the milestone of the triple border. 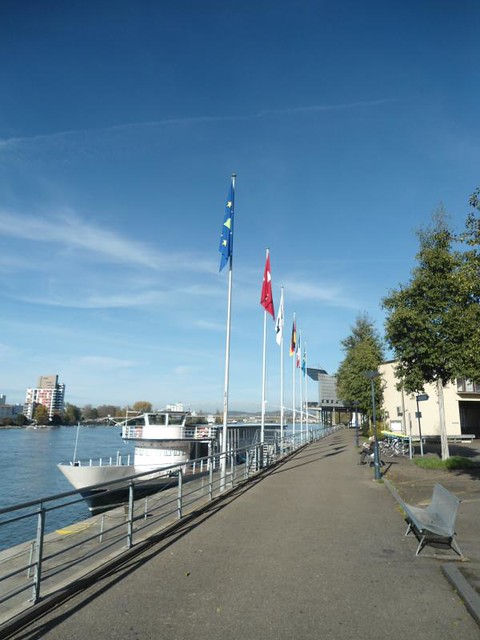 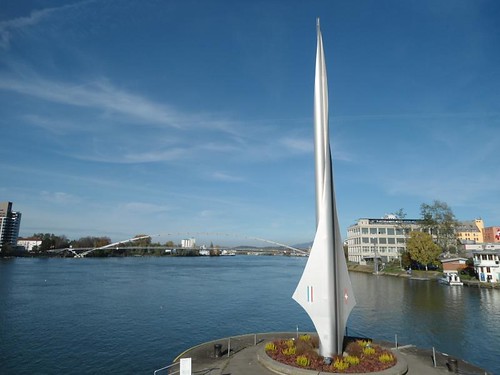